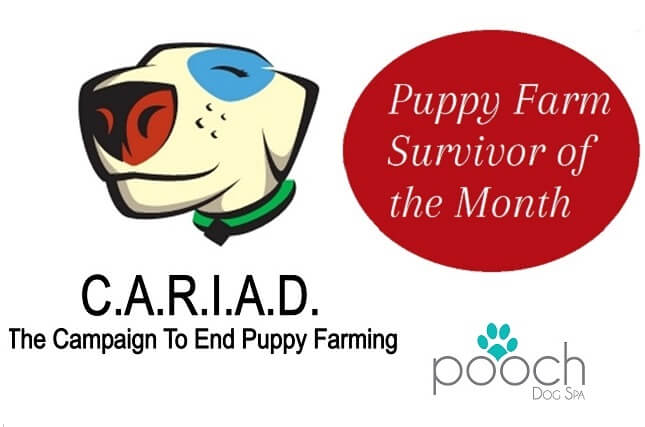 Puppy Farm Survivor of the Month

In recognition of those brave survivors of puppy farming pooch Dog Spa with C.A.R.I.A.D are offering a free Makeover grooming treatment each month to pamper those that did not have a great start in life.

To enter please send a picture of your puppy farm survivor to woof@poochdogspa.com and tell us a little about your brave pooch.

Please send us your pooch’s entry by the 20th of each month. Submissions from previous months will automatically be included in the current months promotion.

Winners will be announced on the C.A.R.I.A.D and pooch Dog Spa Facebook pages.

So start sending us your photos now, and please do check out the great work done by C.A.R.I.A.D to see how you can help end puppy farming in the UK.

Care And Respect Includes All Dogs

The battery farming of dogs is a cruel and abusive industry. It is known as ‘puppy farming’ but that expression does little to describe the true horrors that lie behind the doors of barns, sheds, caravans, and any number of inappropriate buildings across Wales and the UK. Those who perpetuate this vile trade argue that it is a viable form of farm diversity. It isn’t. The people who farm dogs in this way know nothing about dogs and in the words of one farmer they see them as just like any other crop. They also refer to their captives as ‘livestock’. They aren’t. They are domestic companion animals who are afforded less respect than the sheep, cattle or pigs on those same farms.

Pet shops may claim to buy their puppies from breeders licensed by Local Authorities and Councils. But these licences are NOT indicators of satisfactory welfare standards for breeding dogs kept in captivity because Local Authorities and Councils tell us time and again they DO NOT have the time, money or staff to enforce even the five basic freedoms of the Animal Welfare Act 2006.

IT IS ESTIMATED THAT 95% OF THESE BREEDING PRISONERS DON’T MAKE IT OUT ALIVE. If you’ve had the privilege of providing a home for a rescued ex breeding bitch or stud dog, you will know how heartbreaking it is to see them discover grass for the first time. To experience sunshine. To have a warm, clean bed and fresh water. And most of all, to experience human compassion, companionship and affection. Watching a dog learning how to be a dog when half of his or her life has been spent living in filth and fear is something you never forget. Sadly for thousands and thousands of breeding dogs in the UK, they will never have this opportunity. These are the dogs that will never have a name.

Behind the 28 strong C.A.R.I.A.D. Coalition is a team of dedicated volunteers who have witnessed first-hand the horrors of battery farmed dogs and puppies. What unites them is a passion and determination to bring about change through awareness, education and lobbying to end the suffering of dogs held in battery farm captivity. C.A.R.I.A.D. promotes the adoption and rehoming of the nation’s rescue dog population over the unethical purchase of puppies from pet shops, on the internet or from other dubious sources – the majority of which are trafficked from Welsh puppy farms.

Organisations have been campaigning against puppy farming, or what we now more accurately refer to as the battery farming of dogs, for 25 years. And yet today, there are more large-scale commercial battery farms than ever. So you can see why there is still so much work for us to do in terms of education and awareness, as well as lobbying Local Authorities, the Welsh Government and No. 10.

Please support their work by spreading their message. Further information can be found on the C.A.R.I.A.D website.

Jenny was freed from the puppy farm in March 2013 and adopted by her new family a couple of weeks later. Jenny has made gradual progress gaining confidence and learning how to be a regular dog. Jenny lives with her two brothers and a couple of months ago she discovered toys; she now loves chasing her brothers around and pinching their toys, it is lovely to see Jenny doing normal dog things. 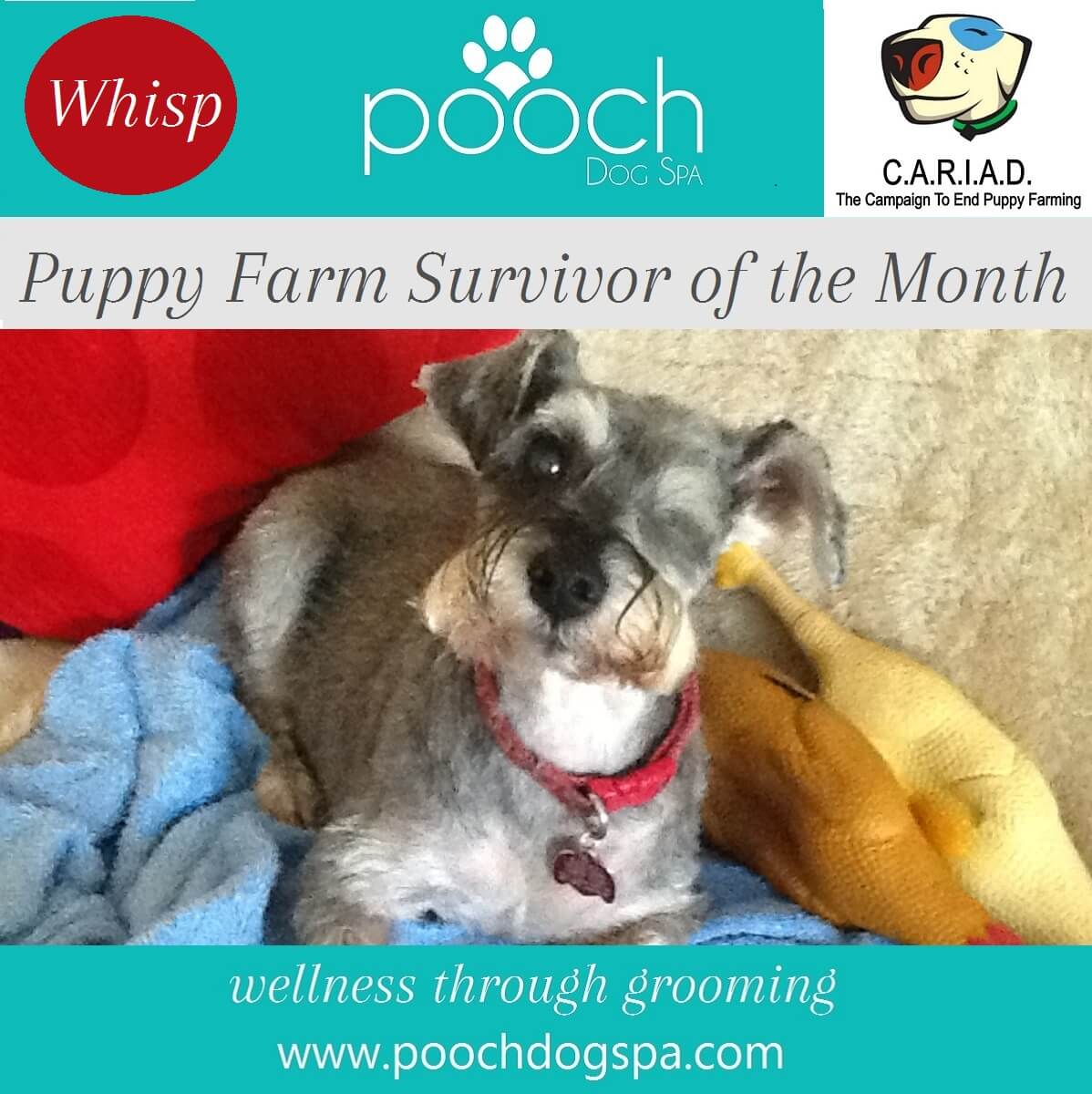 Whisp was rescued just over four years ago by Many Tears Animal Rescue and went to DBARC, near Reading, for fostering and to try and restore her to health. Her owners adopted her in December 2010. Whisp was four years old when rescued and had several problems. She was almost bald due to mange, was blind due to cataracts in both eye, and had a distended abdomen due to a womb infection. She was also a very scared, shut down little girl who couldn’t relate to humans.Thanks to DBARC a cataract was removed from her right eye and for about two years she could see, but about two years ago this eye had to be removed due to glaucoma. Whips owners are fighting to save her other eye which has also developed glaucoma, even though she is virtually blind in this eye. Whisp also developed hypothyroidism and takes thyroid tablets for this. Whisp is a gentle, sweet little girl who is much loved. She lives with a deaf, Collie cross, a Yorkie and another ex-breeding Schnauzer. 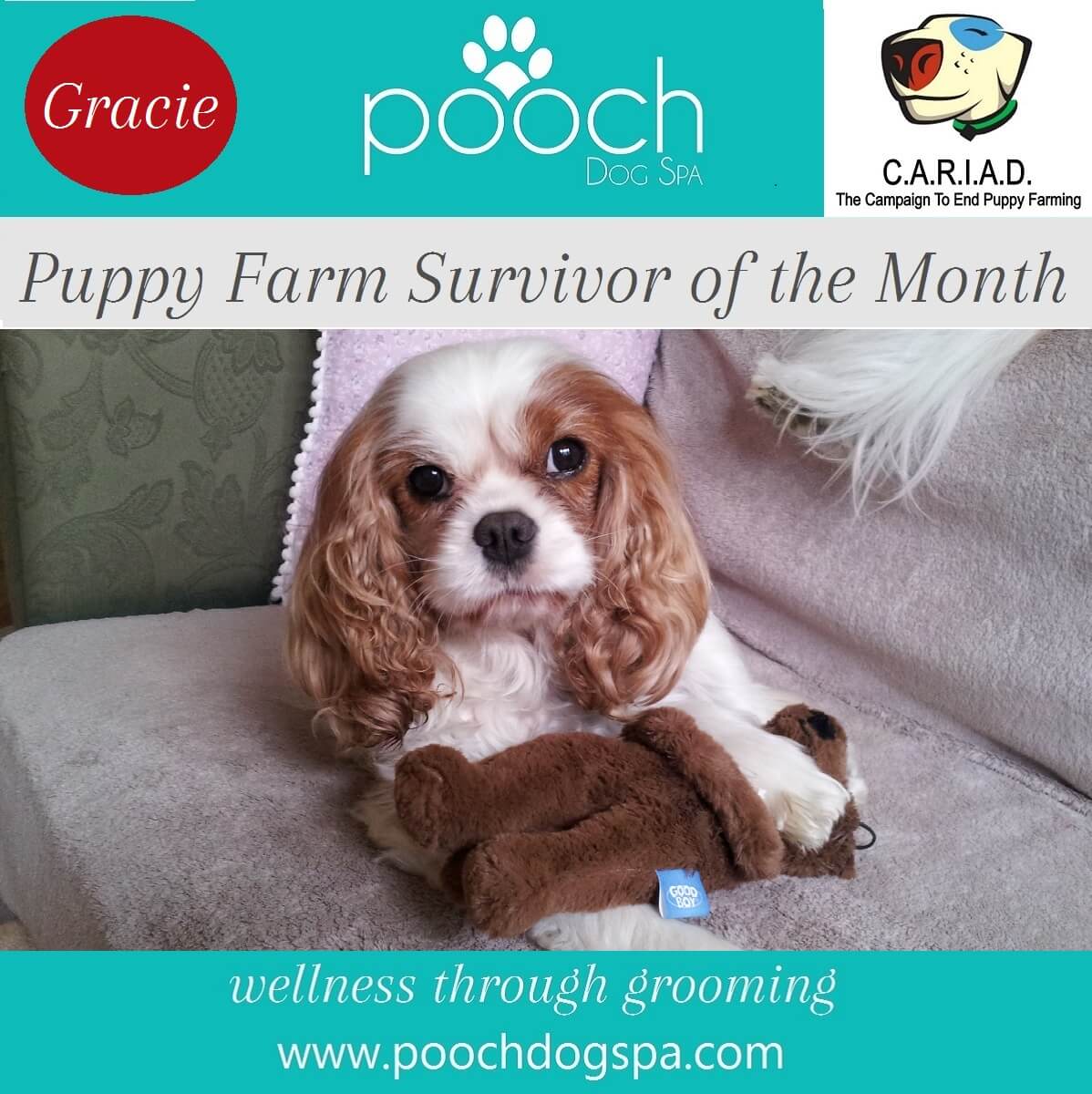 Gracie was adopted by her owner last year. She had been kept in a tiny cage in a shed on a puppy farm for about six years, just being used to breed litter after litter of pups. When she was rescued she was in the most terrible condition and it has been a long road to recovery for her. Gracie’s ear drums had rotted away due to chronic untreated ear infections, leaving her deaf, her eyes were scarred from repeated infections and untreated dry eye. Her tear ducts were blocked and scarred. She had absolutely no strength having never been walked, and had knee and hip problems. Her back also completely dipped in the middle, and she walked on her wrists. She was completely shut down, and had no idea how to behave like a normal dog really. She had had multiple litters and c-sections. It took months of treatment for Gracie to feel better with her ears and eyes. She has got some hearing back but not much and over 18 months later she is still in pain if you touch her ears. She needs eye drops six times a day to stop any further deterioration in her eye sight. She is able to go for a walk now but her core strength has remained weak and she cannot walk far. An MRI brain scan showed severe Chiari Malformation and Syringomyelia with pockets of fluid the entire length of her spine and nerve damage. She is now on a cocktail of drugs to keep her comfortable. Despite all of these problems Gracie is one of the happiest most affectionate little dogs. She still adores people, her tail never stops wagging and she has a real enthusiasm for life. Despite having never been outside before or on a lead she is now very confident on her walks. She can travel on the bus and trains quite happily, she walks well on lead and is completely toilet trained – no mean feat after six years of messing in her own cage. She looked up to my other Cavalier Maisy and copied her, learning through her how to behave like a normal doggy. She absolutely loves toys and her yellow squeaky ball, and makes everyone smile who meets her. 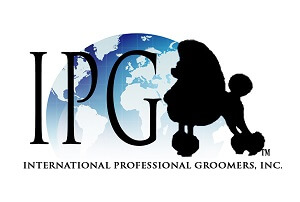